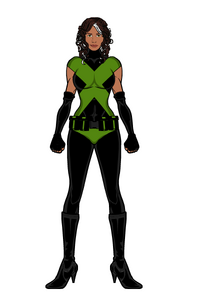 Brown
Unusual Features
White Streak in Hair (Not initially, came slowly from stress caused due to over use of her powers as a member of the Brotherhood)
Status
Citizenship

Depends on the strength of the person she merges. For example with her permanent power/psyche absorption from Cyttorak, Anna has the strength to lift approximately 75 tons.

Retrieved from "https://marvelcomicsfanon.fandom.com/wiki/Anna_Weber_(Earth-515)?oldid=152298"
Community content is available under CC-BY-SA unless otherwise noted.