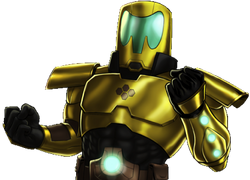 Earth-1010
Base Of Operations
A.I.M. Base
Characteristics
Gender

You went up into the stars, and answered the universe. This world is ours, you said. It falls under our protection. Remember that now... As I take it from you.

Andrew Forson is head of one of A.I.M.'s divisions, an organization that aims for world domination. They work with various scientists and criminals and are soulless in their pursuit of power.

Retrieved from "https://marvelcomicsfanon.fandom.com/wiki/Andrew_Forson_(Earth-1010)?oldid=133730"
Community content is available under CC-BY-SA unless otherwise noted.