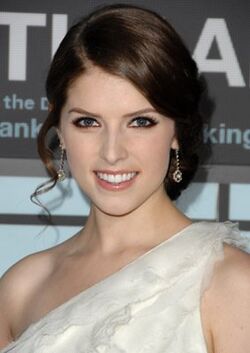 Single
Occupation
A Member of the Kingpin's Gang
Origin
Origin
Born in a rough family, Amanda knew she was destined to be a criminal and has become one of the Kingpin's best henchmen.
Creators

Amanda was born to Edward and Barbara Burton, two law workers of the middle-low class. From birth, her life were rough. One day, she met the Kingpin, and saw how he gave money to his henchmen after they aided him. As a child, she ran towards him and began discussing with him, about a job. She told him that if he would give her family money, she would invest all of her life to become the best henchmen he could have. Fisk agreed to the deal, and threatened that if she would try to deceive him, he would kill all of her family, and only then would kill her. Amanda grew into the Kingpin's Miracle-Child, and at the age of 15, had murdered 3 armed men.

She would eventually meet Parker Robins, and would bond with him, because of the similarity in their situations. Amanda offered him a job with the Kingpin. Parker agreed, and was chosen as the "delivery boy" for the Hood of Terror.

On the night of the delivery, Parker eventually wore the Hood himself and became "The Hooded Killer", or simply, "The Hood". He shot everyone in the area of delivery, killing most of the people, but leaving Amanda and Johnny Richards fatally wounded, yet alive. Amanda and Johnny didn't see his transformation, however, and don't believe that he is the Hood.

Master Martial Artist: Amanda is an expert in the field of martial arts. She is proficient in sambo, boxing, karate, judo, aikido, ninjutsu, savate, muay thai and multiple styles of kung fu.

Expert Acrobat: She is an Olympic class athlete, gymnast, acrobat and aerialist capable of numerous complex maneuvers and feats.

Multilingual: She is fluent in Russian, English, French, German, Chinese, Japanese, and various other languages.

Expert Tactician: She is a very effective strategist, tactician, and field commander.

Talented Hacker: Amanda can hack into all computer systems without tripping any firewalls or security with ease.

While being at the peak of human ability, she is still vulnerable to many things that normal humans are vulnerable to.

Retrieved from "https://marvelcomicsfanon.fandom.com/wiki/Amanda_Burton_(Earth-101420)?oldid=188110"
Community content is available under CC-BY-SA unless otherwise noted.