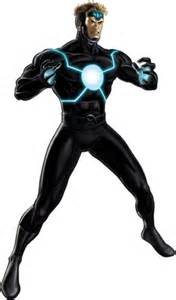 Little is known about Havok's life before the Superhero Civil War. It can be assumed to be similar to his mainstream counterpart.

Havok was an ally of Captain America's anti-registration movement. He was imprisoned in Prison 42, and escaped during the breakout. Havok ended up as one of the heroes still on the other side, and was thus assimilated of the Fold and was apart of its invasion force of Wakanda.

Intellectually gifted, Havok is well-educated in the geophysical sciences and has been trained in martial arts by Wolverine.

Equipment: Most of Havok's costumes act as a containment suit and constantly monitor his energy output.
Transportation: Blackbird
Weapons: None known.

Retrieved from "https://marvelcomicsfanon.fandom.com/wiki/Alexander_Summers_(Earth-6109.2)?oldid=256252"
Community content is available under CC-BY-SA unless otherwise noted.