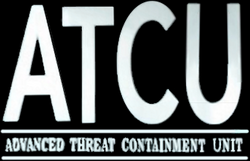 Rosalind Price created a covert black ops group called Advanced Threat Containment Unit to deal with threats due to the general unrest following the Age of Ultron. The dispersion of Terrigan chemicals into Earth's ecosystems, made the unit's primary mission to hunt down new Inhumans. Several times, some other party would get to an Inhuman first and kill them. At a later incident, when ATCU was close to capturing Joey Gutierrez, he was rescued by S.H.I.E.L.D..

Price later set a trap for S.H.I.E.L.D., capturing Phil Coulson and Lance Hunter. Both parties exchanged words and learned that neither side was responsible for the deceased Inhumans. Shortly afterwards, Price received a call of an Inhuman attacking a hospital, in which Coulson and Hunter take their chance to escape.

Fearing the ATCU caused Elliot Randolph to find comfort in a prison in Norway. When Phil Coulson went to Randolph requesting his assistance, Coulson had to threaten Randolph with turning him in to the ATCU before he would cooperate.

Meanwhile, Daisy Johnson saw the ATCU as enough of a threat that she wanted Andrew Garner to rush the approval of Joey Gutierrez to her Caterpillars program so she could have a team to go against the organization. Garner was not persuaded.

The attack that occurred at the hospital brought Lincoln Campbell and Daisy Johnson to the attention of the ATCU. Agent Luther Banks led a manhunt for Campbell, which evetually took him to Chicago, Illinois when John Donnelly called, stating that Campbell was with him after he saw a national broadcast announcing that Campbell was an alien fugitive associated with multiple murders. When Banks and his team arrived, they found the body of Donnelly in his apartment, but Campbell had fled.

Meanwhile, Phil Coulson, director of S.H.I.E.L.D., accessed the direct line Rosalind Price had to the President of the United States in order to request a meeting. During the meeting, Coulson advised that having national broadcasts and manhunts were not a good idea. Price revealed that she knew that Johnson had powers and sought her arrest, but did not broadcast it because she was a S.H.I.E.L.D. agent. Coulson, realizing that Price was under pressure from the President to show results, gave Price a compromise.

When Banks found Campbell, he was in an apartment with Johnson; Coulson told the ATCU Campbell's location and had Alphonso Mackenzie accompany them there. As Banks' team attempted to apprehend him, Campbell escaped. Banks turned his attention to Johnson; he had her surrounded and snipers on roofs outside her sight for her capture. Orders then came to Banks to relinquish Johnson; Coulson and Price came to the compromise that he would work for the ATCU as an advisor and the two organizations would pursue Inhumans together.

Retrieved from "https://marvelcomicsfanon.fandom.com/wiki/Advanced_Threat_Containment_Unit_(Earth-1010)?oldid=140644"
Community content is available under CC-BY-SA unless otherwise noted.