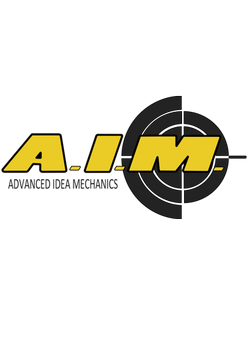 A.I.M. tried to complete many tasks, and failed thanks to the Avengers. First their attempts to recreate the Extremis virus were thwarted by Hank Pym and the Wasp[1]. Then agents Blizzard, Eric Savin and Titanium Man were defeated in rapid succession[2][3]. Finally, when agent Duval developed superhuman powers, he left the organization. [4]

Titanium Man returned to cause trouble for the Avengers during the beginning of their Ultron problems[5]. Not long after that, Stature infiltrated an A.I.M. base looking for kidnapped Avengers, including her father. However, it turned out M.O.D.O.K. had nothing to do with the kidnapping, nor did A.I.M.[6]

A.I.M.'s leader Aldrich Killian would go on to be recruited for Kang's Masters of Evil[7], during which time he would attempt to re-engage Iron Man in combat, instead fighting against his suits, War Machine, and Rescue.[8]

Retrieved from "https://marvelcomicsfanon.fandom.com/wiki/Advanced_Idea_Mechanics_(Earth-1010)?oldid=266482"
Community content is available under CC-BY-SA unless otherwise noted.