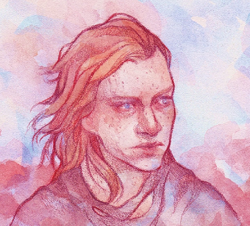 Don't f*** around with me, human! My patience fuse is easily blown!

Aaron Stack was born to Dr. David Stack and an unknown mother. He was diagnosed early on in life with bipolar disorder, which, in addition to alienating his mother, went on to make his life a living hell. He found himself psychologically stunted and crippled, and unable to live a normal life, much to the despair of his father.

After his suffering the worst bipolar episode of his life and making threats on his life, David realized that the best way to balance his son and his work would be to literally fuse them. He brought his son to his work after hours, and hooked him up to the Adamantium prototype Machine Man Z2P45-9. He attempted to transfer his son into the robot by electrocuting him and placing the currents from his son into the robot, powering it up with Aaron's thoughts inside. However, Stack's colleague Joe Kragg was also at the lab late, and noticed what the doctor was doing. He decided to blow the lab's electrical power in order to ensure the robot depowered. Instead, the lab was overloaded with electricity, killing both of the Stacks and awakening the robot, seemingly successfully containing the soul of Aaron Stack.

None. Aaron Stack is an ordinary human.

All those of a conventional human.

Due to the unfortunately severe nature of Aaron's bipolar disorder, it is impossible to wholly analyze his day-to-day personality. During his manic times, he was incredibly violent towards those who would come too close to him or his father, and was incredibly manic about religion. During his depressive states, he would proclaim himself hell-bent on the extermination of the human race. In the rare instances where he was well-medicated and calm, what his father described as "normal Aaron," he was devoted to God and to his family, and was always overly cautious about himself and his condition, overly apologetic for whatever things he had done unwittingly. Little more is known about how Aaron Stack comported himself.

Retrieved from "https://marvelcomicsfanon.fandom.com/wiki/Aaron_Stack_(Earth-166)?oldid=154963"
Community content is available under CC-BY-SA unless otherwise noted.