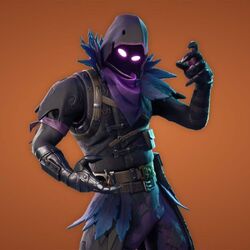 If something can be so easily stolen, then it doesn't truly belong to anyone but the thief.

When Aaron Davis's brother, Jefferson, became a police officer, there was an instant divide between them. Aaron went on to utilize his talents as a masked criminal called the Prowler. He quickly gained a reputation as one of the best in the business, which earned him consistent work from the Kingpin.

Naturally, the Prowler found himself in conflict with Spider-Man on multiple occasions, but was always able to avoid capture. The Kingpin eventually hired Prowler to break into Oscorp and steal the new batch of genetically altered spiders, out of hopes that he could make his own Spider-Men.

The initial theft was successful, but he was pursued by Spider-Man after making his escape. The resulting battle ended with the deaths of the spiders, save for one, who managed to hitch a ride with Prowler. Ashamed to say he failed, Aaron decided he needed to fake his own death to avoid the Kingpin's wrath.

However, before he could enact a plan, he realized that the surviving spider had ended up bestowing powers onto his nephew, Miles. While Aaron initially tried to sway the "Black Spider" into working with him as to avoid getting on the Kingpin's bad side, he has come to accept that Miles has an unchangeable moral compass. Since then, he has continued in his activities as the Prowler, but has a soft spot for his nephew and always tries to encourage him to be a hero.

Retrieved from "https://marvelcomicsfanon.fandom.com/wiki/Aaron_Davis_(Earth-101)?oldid=248523"
Community content is available under CC-BY-SA unless otherwise noted.