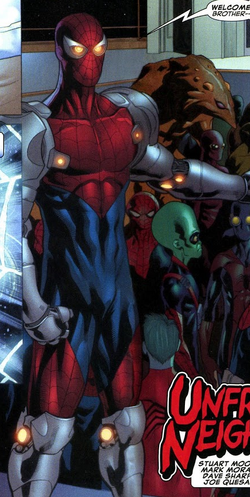 Alone he stood against the rising tide, that as he lived, all evil would fall. He believed it was his responsibility to bear that burden alone. But others have the power to stand beside him...and I'm glad he changed his mind.

Park Aikman was born an only child in Sakai, Japan. His parents were uneducated and could not find steady work. Wanting their son to have a better life, they resorted to criminal activity in order to fund his education. Park knew of his parents' illegal dealings, and made it his primary focus to study hard so his parents' efforts were not for naught. Eventually, Park achieved his doctorate. However, he rarely left home, as his parents were consumed with paranoia, fearing that their deeds would come back to haunt them and their son. As such, Park left Japan and his parents behind, catching a boat to the United States, and took up the alias Aaron Leopardon, fearing that his name could be traced back to his parents, and wanting to start a new life that his parents could someday be proud of.

the Doctor Is In

A Spider On the Horizon

Trading a White Coat for an Armored Suit

None, Aaron Aikman is an ordinary human.

Outside of the armor, Aikman has all the weaknesses of an ordinary human. The Spider-Armors (Marks I and II) have no inherently exploitable weaknesses.

Retrieved from "https://marvelcomicsfanon.fandom.com/wiki/Aaron_Aikman_(Earth-166)?oldid=251711"
Community content is available under CC-BY-SA unless otherwise noted.