What's on your mind?

How do I change the preview image? 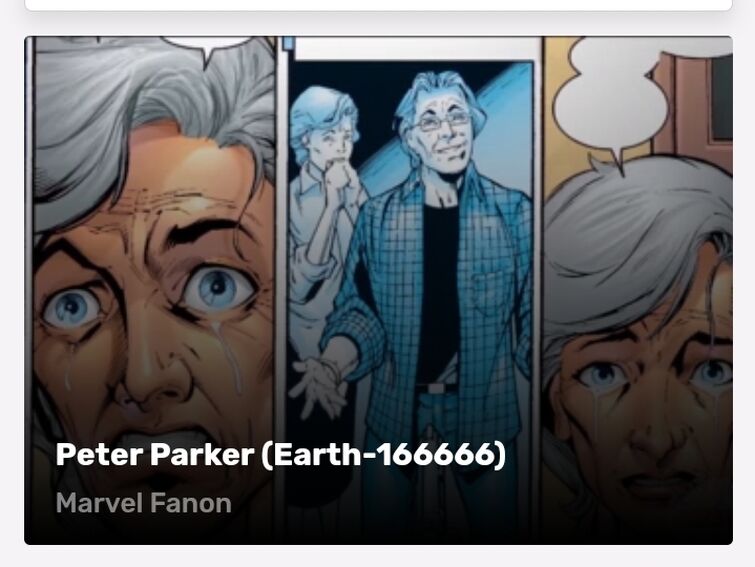 Just thought I would make a post adverting my take on Spider-Man. I've done his early life, origin story and first encounter with a super-villain - plus random details, likes suits, family, etc (some of this will refer to stuff that hasn't been added yet).

I'm on this fandom wiki because I wanted to 1) put my Marvel in the public and 2) make it easier for me to read and understand the timeline as my google doc was getting messy.

My universe came from the idea of what if Dr Erskine was the great grandfather of Peter Parker and it turn into this amalgamation of the main continuity (616), Ultimate Comics, MCU, and some other universe that I can't remember of the top of my head.

Although it's a MARVEL universe, it's been more like a SPIDER-MAN universe recently, which I haven't put on the timeline yet.

I don't know how to end this, so thank you for reading and here's the link to my universe and Peter Parker pages;

Silver Spider Woman is a villainess, who was an average human. She can't shoot web, she used a gun. Her real name is Alicia, she is a millionar murderer. 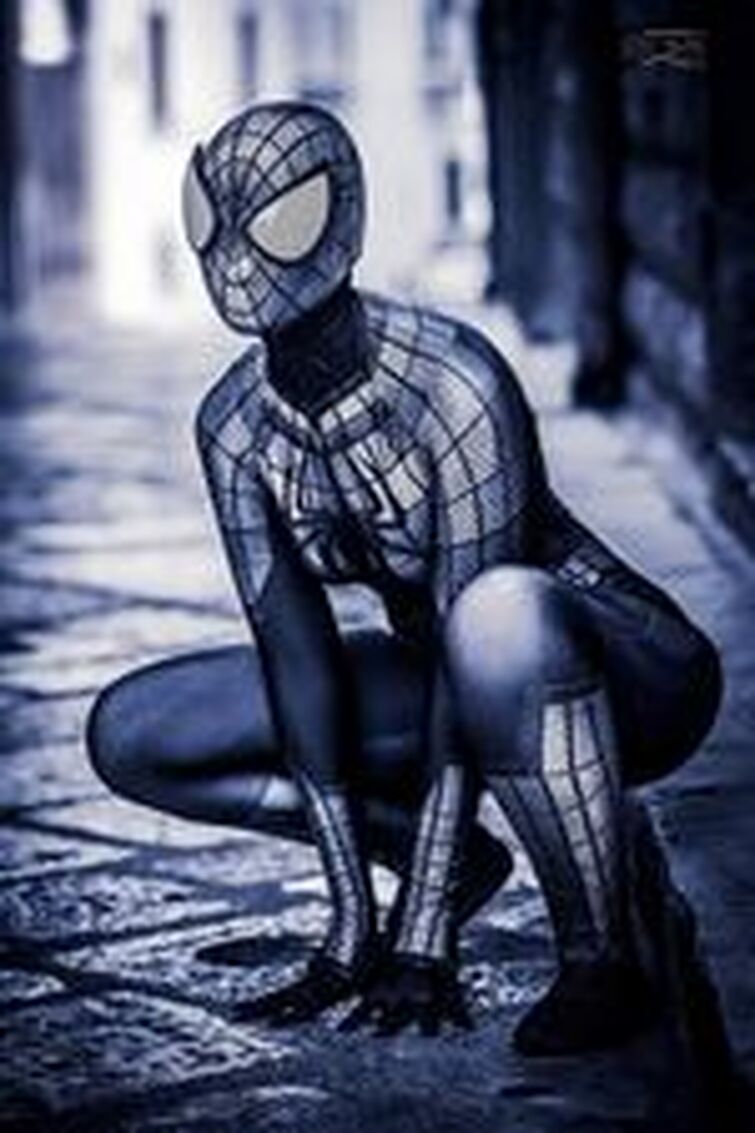 If there are any plans for FanonCon in 2021, I'd be interested in hosting a panel there. I just want to know if it's an online event on Zoom or somethin or if it's a physical event. I'd love to showcase my plans for the MUM across the Wiki! DM me on Twitter @mcufanatic11 if you'd like me to host a panel.

My OC is a Dragon, his name is Raptor & he's the dragon prince heir to the throne on xadia. He is near all powerful, he's known as the 2nd most powerful creature in the multiverse, the only being more powerful then him is the one-above-all. His egg was laid on june 15th, 1999, zubeia lovingly gave him the name "Raptor" (he heard his name from his mum). Raptor came from a long line of cosmic dragons rulers, the first dragon queen was only capable of planetary manipulation, dragons get more powerful than their predecessor, raptor's grandmother on his father's side started the interbreeding process who was pure cosmic dragon, she was capable of multiversal manipulation, her son wouldve had omniverse manipulation but the gene was dormant.

The universe learns about this & many cosmic beings are afraid of him, The abstracts, thanos, knull, odin, the guardians of the galaxy, the living tribunal etc.) The dragon king (Thunder, half storm dragon & half cosmic dragon), & the dragon queen (a water dragon, water dragons look like chaos from sonic forces but in the shape of a dragon) knew about this & feared for the worse.

However thunder decided to send the egg to another planet in hopes of protecting their unborn son, zubeia is not ok with this but knows this is for the best. Thunder found earth & found the hero spiderman, he discovered that peter parker has a strong sense of responsibility thanks to that one moment so he decides to send the egg to him & also gave him a message because he didnt want peter to raise his son blind.

The egg makes it to peter parker & the egg hatches on January 2nd, 2000. Peter decides to raise the young dragon & already knew his name because of the message. Hes supported to the young dragon but plans on raising him in secret, peter passes uncle ben's message to raptor.

During the 4 years Raptor had struggled to control his power but fortunately was able to control it.

4 years have passed & raptor can talk now, he's also spiderman's partner (due to raptor being near all powerful peter is ok bringing raptor on missions with him.)

On May 2nd 2008, raptor creates a universe (Earth-17628: Marvel's Spider-Man (animated series)) & forms it into a ball 4 ft in diameter his perspective, the universe ball is very bouncy, squishy, stretchy & squashable, its also indestructible as well.

In time, the avengers will find out about raptor and plans on recruiting him, raptor rejects the offer & he states to cap he does whatever he wants but doesnt want to go power-hungry. He can help those in need or those who are in trouble whenever he feels like it. Cap resepects his decision, but tells him the offer still stands if he ever reconsidereds it he also tells raptor that the doors to avengers tower/mansion are always open for him. Cap also tells Raptor to make sure to never let his power go to his head.

Raptor sees the universe & the multiverse as his playground & the people and creatures as his playthings regardless of who or what they are, this is due to how powerful he is.

Raptor is also childish & doesnt take things seriously, He's also cocky as well. He likes to do whatever he wants, enjoys freedom & loves to go on dangerous adventures. He's very friendly & affectionate, hes kind & sometimes generous, he's bold, fearless, adventurous, & intelligent (not as smart as stark but hes up there). Raptor doesnt follow any laws, he can also befriend anyone he likes. Sometimes he likes to help others and other times he sees them as his "toys". Raptor's alignment is chaotic moral.

(This is what my OC almost looks like, he has a flowing mane like a cosmic dragon, but its translucent like a water dragon its also sky blue. Same goes for the tail, his eye balls look like the cosmos (which are actually universes themselves, one of them is Earth-199999 (otherwise known as the mcu), the other is Earth-1048, & his puples are stars. Raptor cant interact with the universes, but he can see the events play out tho) 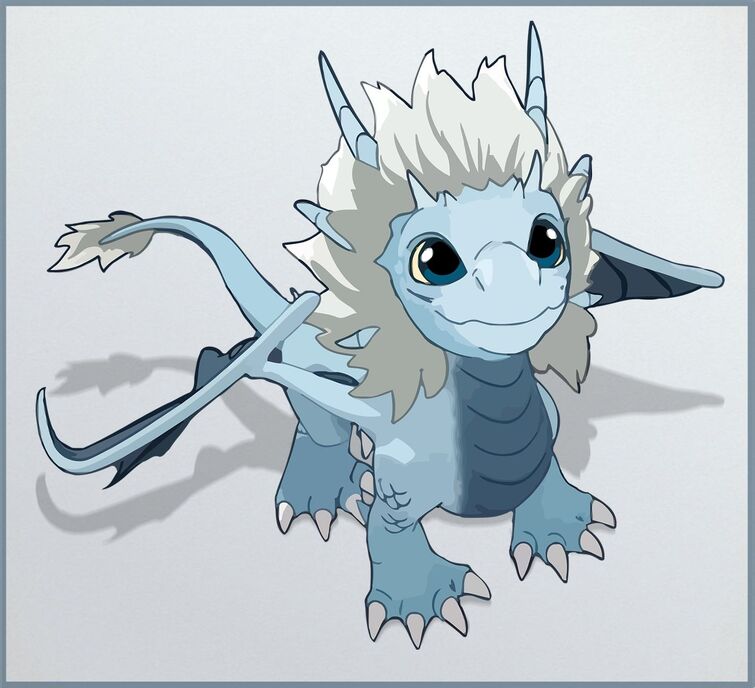 Since raptor is half water dragon, 25% storm dragon & 25% cosmic dragon, he has racial abilities from both his parents. And since he's the dragon prince, his racial abilities are more powerful than the average dragon & he's the most powerful dragon as well. Not only that, but all xadian dragons hybrid or not, are capable of dragon force manipulation, dragons from the royal family can use this ability to a higher extent

Also, water dragons dont age at all. Storm dragons can live for 23 million years (23,795,264 years to be exact). Raptor also doesnt need to eat, sleep, or drink but he can do it if he wants to.

Symbiotes (Doesnt matter who it is)

Being petted (Especially under the chin, he loves that)

Playing with the universe/multiverse

Being used as a plaything (especially when it comes to symbiotes)

People trying to telling him what he can or cant do

Individuals wanting to take his power for themselves 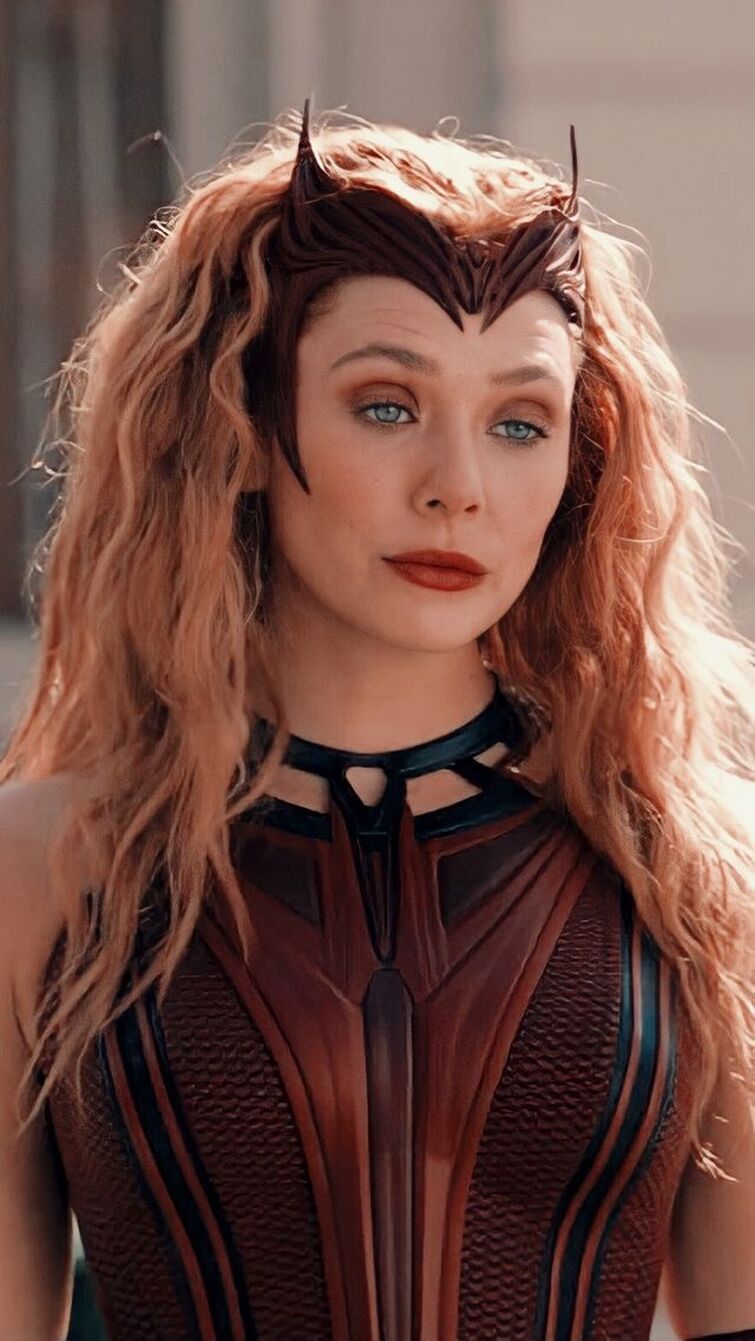 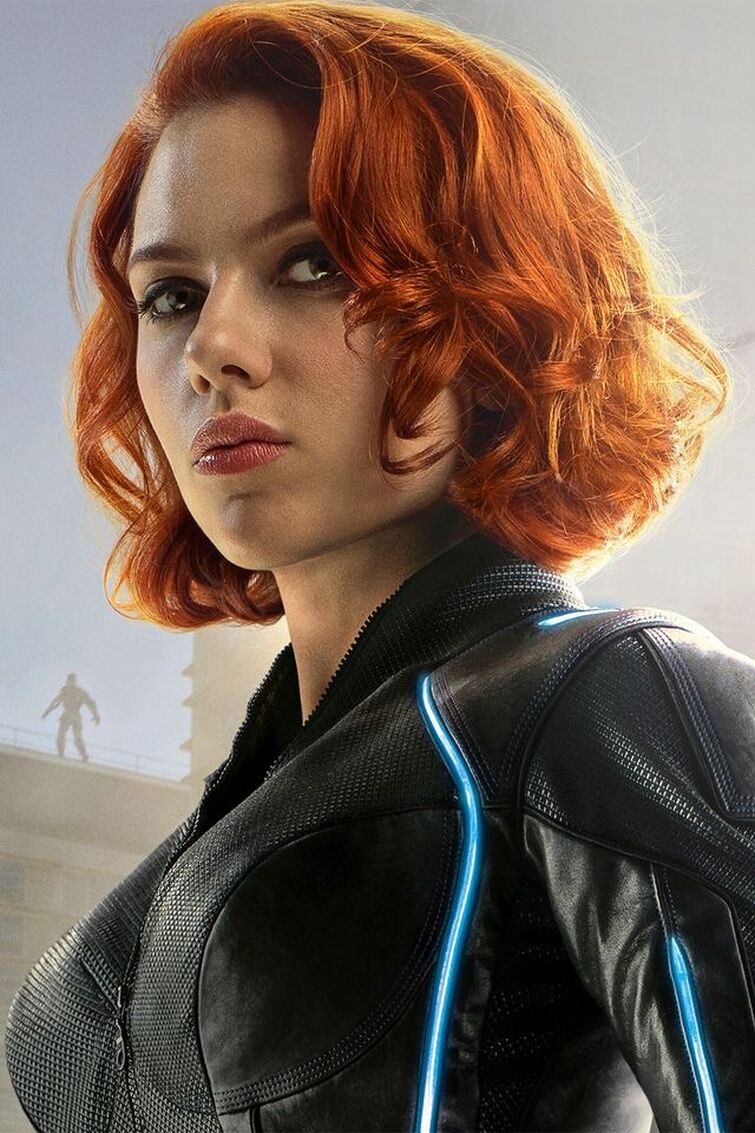 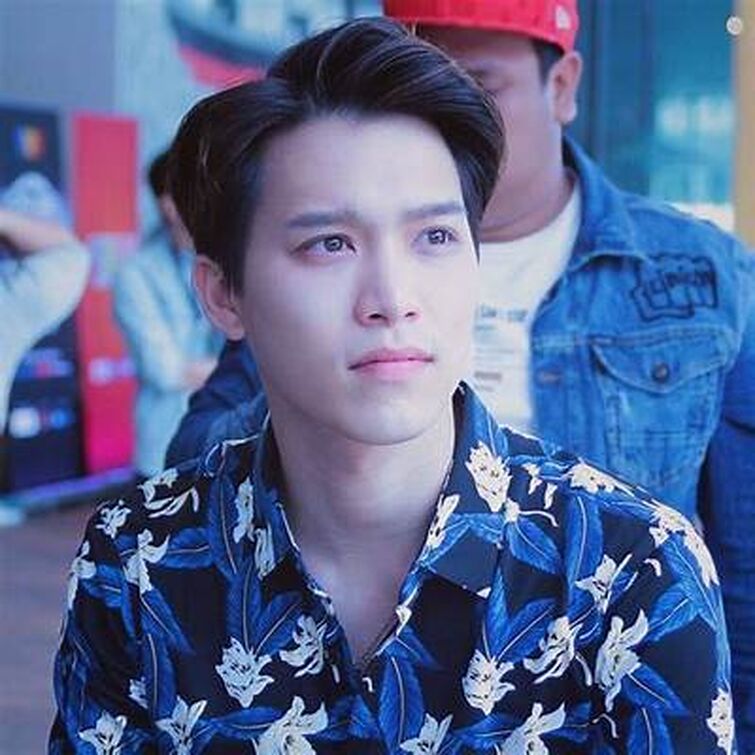 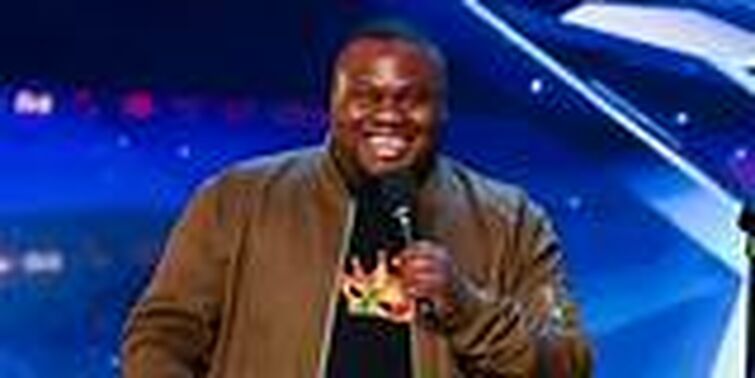 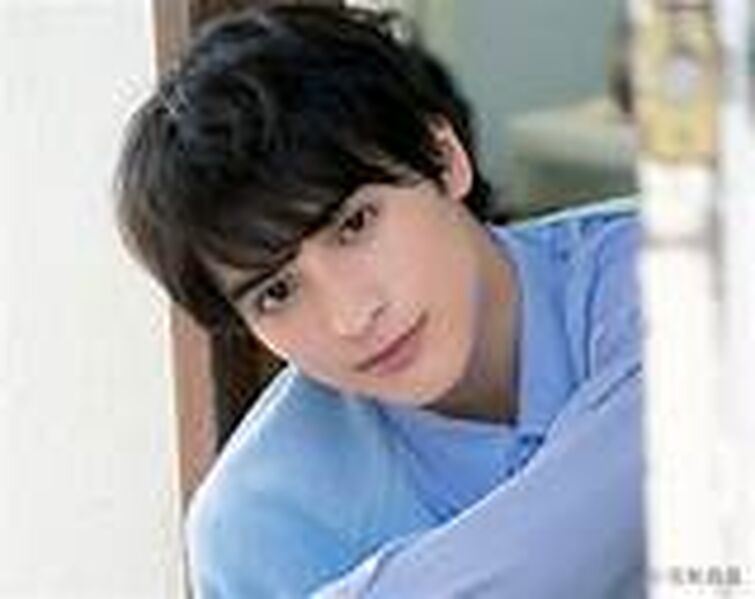 The film recounts beginning after the November 9 tragedy when an Asian American soldier was fired for not being involved in the Afghan massacre and joining the S.W.A.T. Unit from New York. But as a result of Kaiju's threat, he is rescued by a mysterious light that transforms him into an "earth -protective giant".

So, I'm working on a wiki for my massive crossover fanfiction, but I desperately need help with it. This is the link for the Marvel portions since it's easier. Choose from any article on any category. I can fill in the parts that aren't canon compliant, but it's mainly been me editing this entire wiki.

Hey! I'm Lard, a long time member of the Marvel Database. I also write a bit, when I'm in the mood. So is this just a community dedicated to marvel fan works, or is this an exclusive club? I'm not entirely sure what this wiki is like, considering I've never been here. 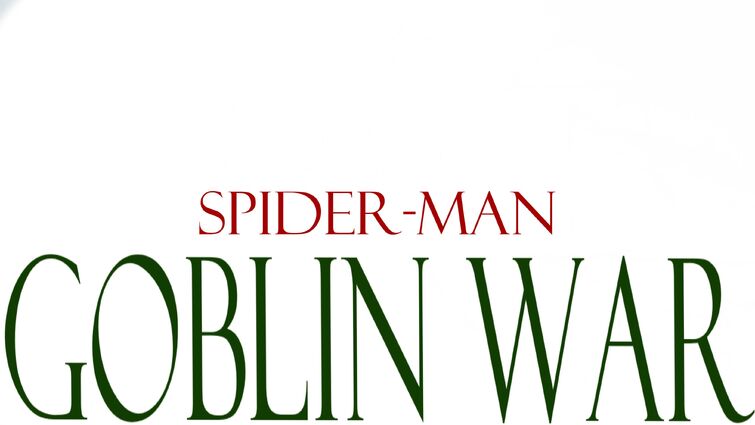 Hey, what happened to the Marvel Fanon discord server!? i want to share stuff there

This version of Spider-Man is brutal, he is an American, but was taught 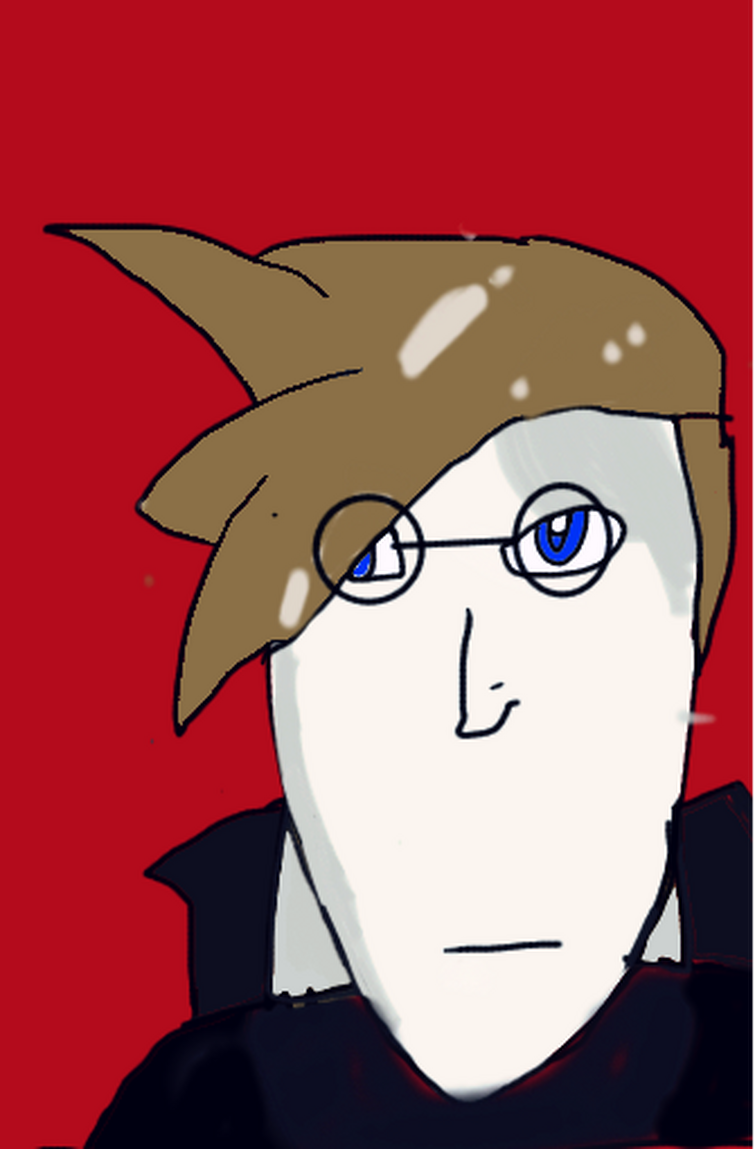 German, he thought SHIELD was just an joke, but he saw his Uncle Ben killed by Nazi soldiers, he killed the soldiers, and became one of the most unstoppable vigilantes that weren't stopped by the Nazis, The Spiderman, and of cource, i put it without a hyphen, but Spiderman is Spider-Man in German, so yeah.

Here is the design, Green would fit for him in which there was the Superior Octopus, but this is kinda like NOIR. 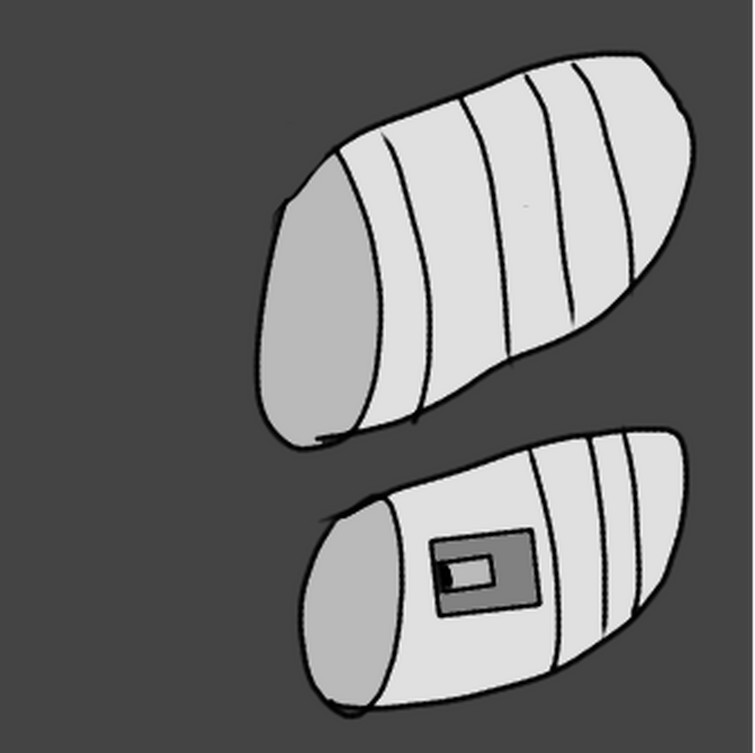 He can shoot webs and swing, but he can shoot bullets out of it like Asssasin Spider-Man, and has an hidden blade like with Asssasin's Creed.

Avengers Downfall is an web comic that will be on Webtoon, it takes place in 1960, in this takes place in an universe where the Nazis won WW2, and SHIELD is the only resistance left to stop HYDRA

Yep, it's cancelled. I never could have enough time to do the drawings but I will reveal the title for you Thursday if it was still going. Plus I am starting a Godzilla wiki based on my fanon Monsterverse, the Titanverse.

Jason Thorson is the son of thor and some unknown person he was sent to earth to protect it and joined the New Avenger's. 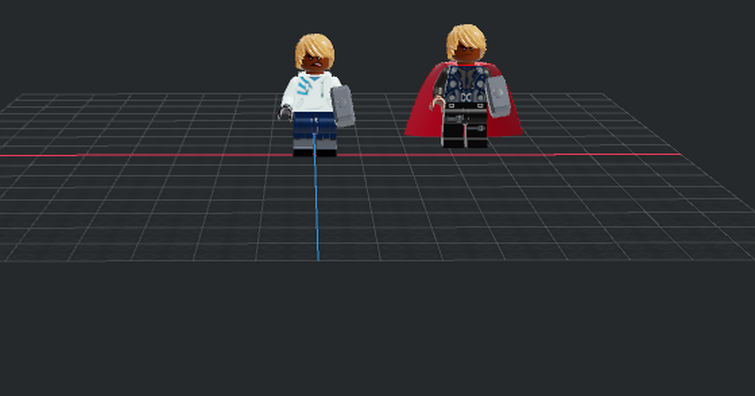 One day while in a alley way(of course a alley way) he got bit by a altered spider(pretty generic) that gave him all of the normal spider power's plus 2 more which allow him to grow fangs and claw's to inject different kind's of venom into the person they want to inject he is also apart of the New Avengers.